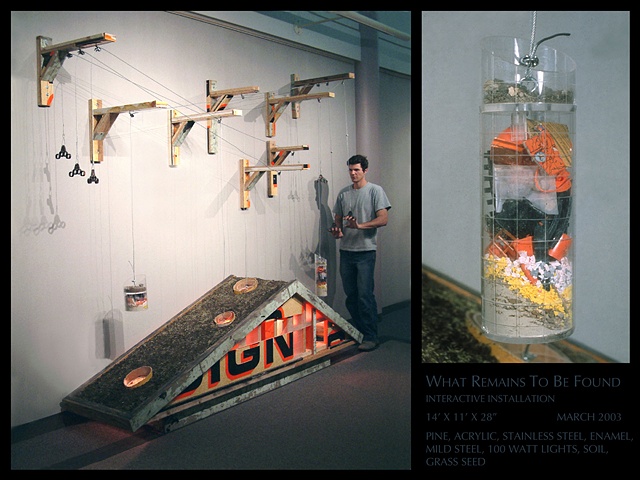 The geometrically pitched roof structure is made from a dismantled street sign. On top of the architectural element the fertile grass grows along the structure, in part, as an homage to Robert Smithson’s “Partially Buried Woodshed”. Does such an act with nature, denoting entropy as an absolute, say anything more about our human condition? Could there be a dwelling of undiscovered micro matter that could unravel certain cosmic knowledge? The grid engraved cylinders contain matter representative of the exponential mutating nature of industry and consumption. Paradoxically what remains preserved and unchanged in the likeness of time capsules, are bits of plastic culture, which remain constant for future discovery. Therefore they lie dormant to the power of myth, constant and unaffected by nature unless biodegraded through the manipulative effects of human intervention.