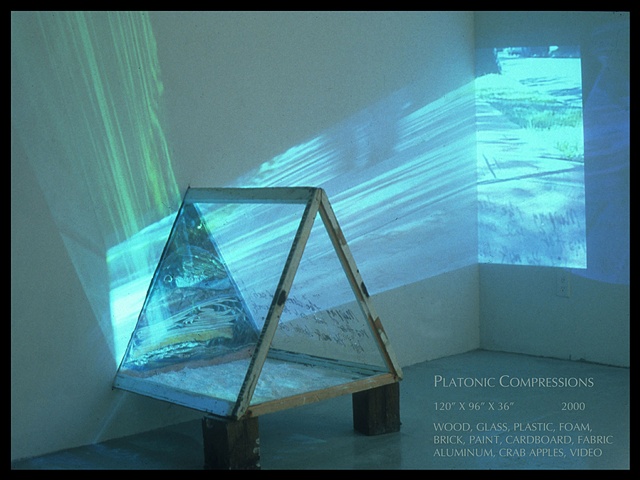 Recessed into the gallery wall rests a framed triangle. The structure is sealed with glass on all sides except for the front face. Inside the recessed wall exists striations of organic and man-made matter. The transparent chamber served as a compressed time capsule of sorts, layered by objects collected while walking through ambiguous environments among the urban scape of St. Louis, MO. The delicate balance between collecting remnants and traversing through the recorded lens of unfamiliar terrains generated a working model for idling, being, and doing. The act of walking and collecting was a means to compartmentalize or neutralize the void between the displacement of the body and object. The exchange between these “sites” (gallery, objects, and other places) mirrored the dispositions of one another. The video images were projected through the prismatic glass affect, which ironically mimicked the fragmented variation of striated materials stacked into the recesses of the inner wall. Surprisingly, both were barely discernable enough to regard as familiar.