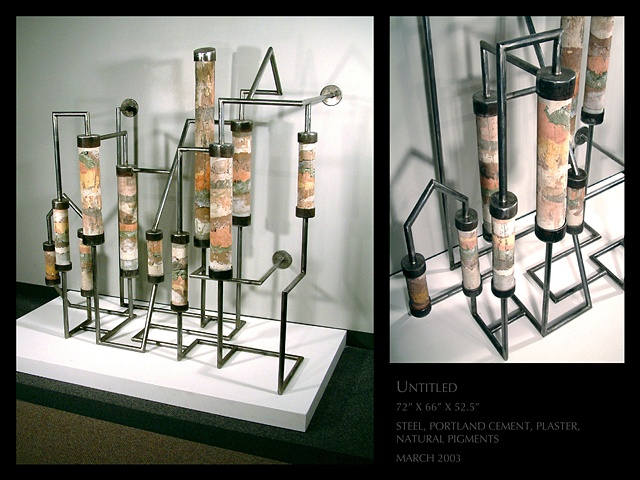 This sculpture developed strictly as a formal framework, which coincided with the notion of mapping, documenting, and cataloging the identity of place through a system of augmentation. Various locations of interest had either surrendered to the forces of nature’s thermodynamic break down, better known as entropy, or were subject to a dilapidated state of abandonment. The transformative shifts that occur within such transitional places are suspended in a state of tension and beauty. Myth is in turn instituted into the state of such places, which are no longer disintegrating, but are renewed through one’s perception of reconstituting a solution to the “potential” space.