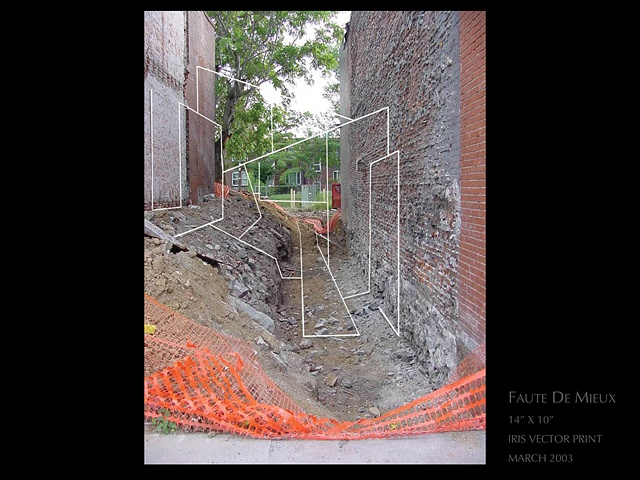 The English translation of the French title means "in the absence of something better." This digital image was part of a series of self-proposed “Dead Zone” projects. The conceptual aim was to “virtually” resurrect the memory of select peripheral demolition /abandoned property fronts by remapping the “original” architectural coordinates that once existed there. The second phase of the project entailed converting the virtual plans, on an overnight ambush of the site, into physical constructions made out of 3/4” PVC pipes. These inconspicuous dead zones eventually conjured public attention and mystifying inquisitions. The short-lived constructions remained incognito, much like that of enigmatic crop circles.