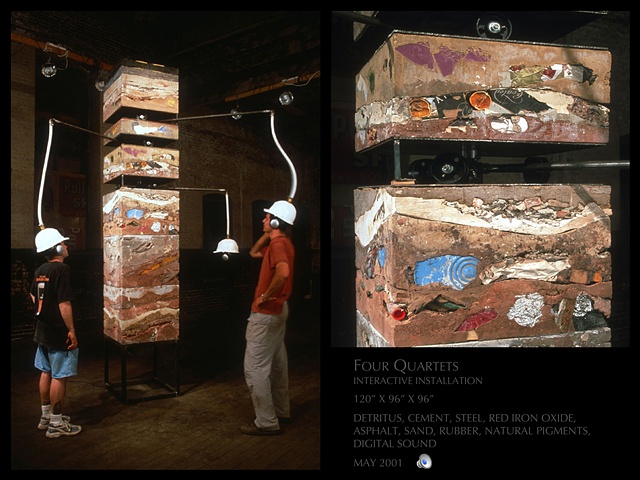 The monolithic structure was constructed from pigmented concrete replicating that of a geological core sample taken from the center of a roadway. Each layer of artificially cast strata consist of objects collected among various demolition sites pertinent to the St. Louis metro area. Sounds were recorded from the immediate surroundings of these “non-sites” while either walking or parked in my truck. The acoustic documentation of these mundane moments were digitally altered, “layered", and looped as part of the sculptural collection of displaced sites and sounds. The work was titled after T.S. Elliot's composition “Four Quartets,” which depicts time as an epic force hindering mankind from transcending the material world in order to seek redemption. Participants are invited to interact with the work by connecting themselves to the pivotal former helmets and headphones. This work signifies an imperative shift between the origins of the matter, time, and the mythic nature of their displacement.