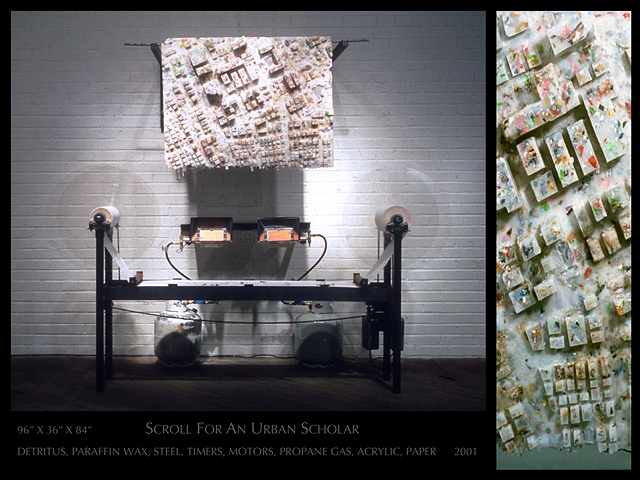 The suspended wall fixture is made of paraffin wax. The form was geometrically modeled after topographical GPS images photographed directly above the residential/industrial zone of Forest Park South East, St. Louis. Mixed in with the wax are visible remnants of shredded, torn, and pulverized bits of detritus found directly from the site-specific enclaves of the area. Operating from the floor are two 5000 BTU propane tanks which gradually heat, liquefy, and disperse the zoned cityscape onto a motorized twenty minute cyclical scroll of paper. The steady disintegration of material theoretically inscribes a type of data, which ambivalently marks and records the surroundings into the likeness of decoding an ancient scroll. The transformation metaphorically emphasizes the volatile shift that harbors within the social identity of an urban framework.