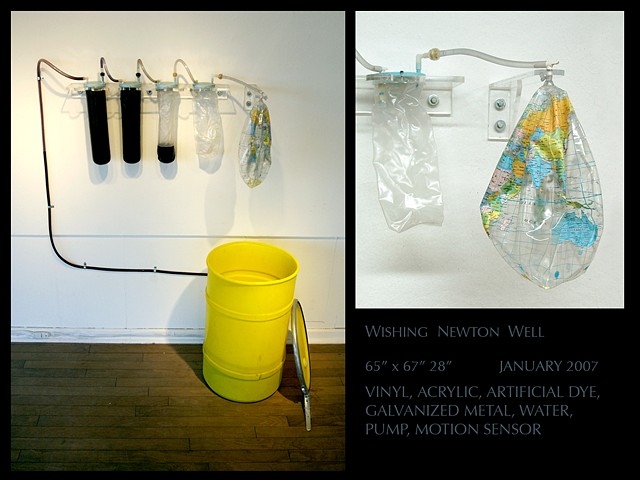 The sculpture functions from a motion sensor connected to a pump submerged in a puddle of black oil located in the bottom of a fifty gallon chemical drum. The pump sends a succession of drips through a series of suspended medical i.v. bags. As time passes, the distribution of oil empties into the final destination of a transparent world globe, which hangs by the weight of it’s own inflatable mouthpiece. Once the globe fills, gravity and weight send it plummeting toward the bottom of the barrel as a semi visible flotation device. The title’s play on words commemorate Isaac Newton’s theory of gravitation and three laws of motion. Yet, despite such universal discovery, the current troubled notions of global warming and exploited fossil fuel consumption during the 21 century has bound all nations to seemingly irreversible laws of impending doom.