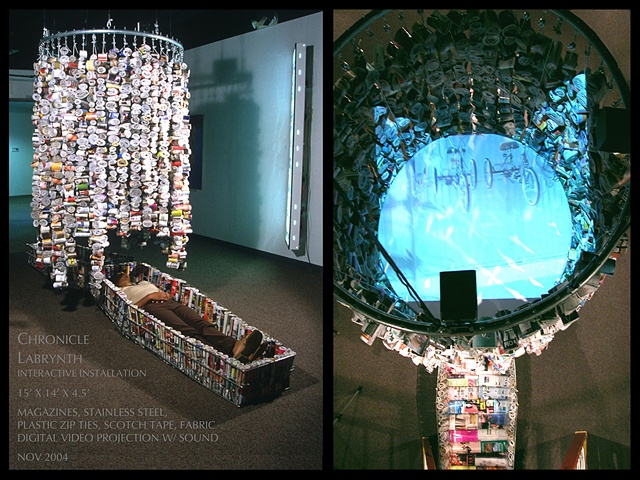 Part of a body of installations titled,“Sites of Plural Lust and Tragedy," "Chronicle Labyrinth" consists of over 1000 magazines, tightly bound, taped, and suspended into a conical curtain. Shopping carts are reconfigured into coffins and lined with magazines, enticing the viewer to climb in while peering above toward a video projection from a “grave point of view.” The ten minute looped video conveys a perspective, which roams and scans the labyrinth of a Wal-Mart department store as if one is disoriented and trapped in a video game. Intermittent sounds investigate the nuances of strangers in private conversation to the absurdity of PA announcements. The dematerialized nature of the magazines serves as a phallic flood of consequential disposable histories, lifestyles, fantasies, and values that individuals are inundated by on a daily basis.